A blockchain explanation your parents could understand 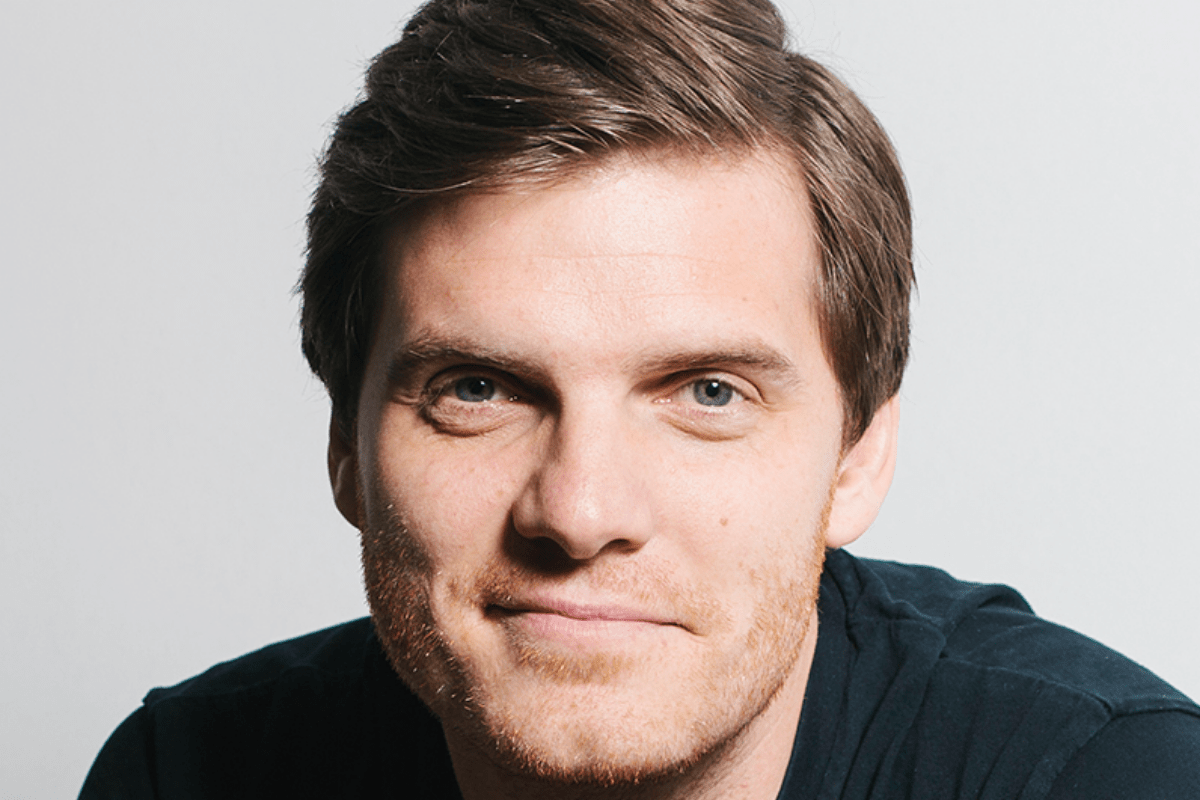 It’s happening in an increasingly frequent manner: “Jamie, explain this blockchain stuff to me. I’ve read a bunch of articles and I’m no wiser.” The problem with most blockchain explainers is that they provide more detail than what matters to most people, using language that is foreign to most people, which winds up leaving people more confused than when they started. Instead, without worrying about being a technically perfect description, here’s an explanation of blockchain your parents could understand…

Starting with terminology, let’s ditch unfamiliar words and talk plainly – I promise you won’t read about ‘nodes’ or ‘hashing’ in this article. Jumping right in, a blockchain is a distributed database, otherwise known as a distributed ledger. To make things really simple and relatable, let’s call that ledger a record book instead. Furthermore, let’s talk in terms of it being shared instead of distributed. For even greater context, think about a ‘block’ as a line item in that shared record book.

So, for the purposes of this article, we’re going to call blockchain a shared record book. Each addition to this record book is a new line item.

Technology is only as complex as salesmen (and conmen) want it to sound. It’s all created by people no smarter than you or I, and it’s all quite simple when you break it down. That said, the modern version of this shared record book is indeed a technological triumph, one that is looking to shape our future in profound ways.

To be clear, this isn’t just one record book stored in a central location that is shared by many. There are thousands of copies of this record book, stored on computers all around the world, both home computers and business servers – hence the term “decentralised”. This record book can be used to record many kinds of things, however I’ll use sending and receiving money as the primary example, as it’s the most common one right now.

It’s as if John and Sue had a few hundred mates stand around them and watched John hand Sue the money in question, and they all agreed that he really did hand her the money, as well a other aspects of the transaction, such as it being the right amount.

“How is this different to a bank?”

The genius of this shared record book is that it requires no bank, no centrally owned company, and you don’t have to place your trust in any financial institution… there doesn’t need to be any middleman of any kind.

To elaborate, this shared record book is not owned by any one individual or organisation. It’s owned by everyone who has a copy – but that doesn’t mean any one person who has a copy has control (more on this soon). Additionally, this record book is what we call “immutable”, or in layman’s terms, it’s irreversible. Every line entry made will exist in perpetuity, for as long as the internet exists. If Sue wanted to refund John’s money, this would be a new line item sending the money back – not the crossing out of the original transaction.

Because of those technology design decisions, fudging line items in this shared record book is impossible. If someone who has one or more copies of the record book on their computers was to try and dishonestly change it, those changes would be rejected by the many computers used in the verification process – things wouldn’t match up. “Um, John, that’s Monopoly money.”

“But where is the money stored if there is no bank?”

Here’s one of the more challenging parts of this to grasp: when we’re talking about digital currency such as Bitcoin, there’s no repository of coins – that line item in the record book isthe money. Pretend for a moment that the first entry in the book was by someone named Jessie – the founder of this new digital currency – who writes “1 million coins now exist”. Jessie then hands them out to lots and lots of people, creating a new line item for each transaction. Jessie sent 500 to Bill, 1000 to Sue (Jessie likes Sue more, obviously), and so-on.

To receive those coins, Bill and Sue would have provided a wallet address to Jessie, which is the equivalent of your account details provided to receive a direct deposit with your bank. Bill and Sue each have a very long, very secret codes which give them ownership of the line items that relate to their wallet. In this way, only they can create new line items with the coins that have been sent to them. Once Bill has created a new line item that says he has put 50 coins in Sue’s wallet, he can no longer control where those coins go from now on – only Sue can. This is how millions of people can have a copy of the record, without being able to add new line items relating to any of the other 1 million coins that are documented in this shared record book.

At this point, you might be thinking that this doesn’t sound like it’s going to change the world at all. It’s just a way to verify the ownership of something digital, even if there are identical copies… right? If you think about that sentence for long enough, it will already begin to dawn on you how big of a deal that is. Up until now, a copy of something digital was indistinguishable from another. If an mp3 could be used as currency, there would be no way to tell who’s copy of “Madonna – Like a Prayer.mp3” was the real one that I should exchange for goods and services, and which was a copy. Suffice to say that prior to this technology, a truly digital coin was not possible – someone could just copy a coin a million times and be a millionaire.

Beyond disrupting the world of finance, the most mind-bending, earth-rocking uses of this technology actually have nothing to do with money specifically. With those fundamental workings explained, I’m now going to provide a few real world examples that will give you an idea of just how this technology really could change the world. These examples are powered by shared record books, which bind agreements using ‘smart contracts’. I won’t go into detail about smart contracts here, but these enable the setting of parameters to determine when, why, and how new line items in the record book are created, generally based on each person upholding their ends of the deal.

The future of democracy? Over at Horizon State, we’re using this same shared record book technology for voting. In effect, we’ve replaced Bitcoins (which represent currency), with tokens of our own, which represent votes. Instead of spending a Bitcoin, you’re lodging a vote. The same benefits we see with digital coins apply to these votes: their authenticity and legitimacy is validated by many people’s computers, and the record book of votes can never be tampered with. It exists to be recounted with the same result, forever.

The future of music? What if when you opened up an app kind of like Spotify, that instead of Spotify charging you a subscription, and paying royalties to artists, you paid the artist directly? As an example, once you’re 35 seconds into the length of a song, a cent or two was paid directly from your wallet to the artist’s. The record of what you’ve listened to and what you’ve paid is verified by many other computers, and the record is set in stone. Ujo Musicand VOISE are working on ideas like this right now.

The future of file storage? Rather than store your files on Dropbox or Onedrive cloud servers, what if your files could be split up into tiny chunks and stored on thousands or millions of people’s computers around the world? The record of what parts of files you own and where they are cannot be changed – only you have the key to view the pieces as a whole, and no organisation owns your data. This is the sort of thing that Storj and Sia.Tech are working on as I write this.

The future of energy? Imagine a country filled with Tesla Powerwall equipped houses. Instead of being “off grid”, they’re very much on it – but they’re not paying an energy provider for their kWh. In fact, in this future there’s no need for traditional energy providers at all anymore. Instead, houses automatically generate, store, and trade electricity between themselves based on which neighbours need extra, and which have lots of excess in their batteries. Thanks to blockchain, this is no longer science fiction – it’s being worked on everywhere from Australia to New York City.

I’m afraid you’re too early – this is cutting edge stuff that’s in its infancy. A large majority of blockchain projects announced are not yet released, while the ones that have been kind of feel as a premature and experimental as many of the world’s first websites did. I do foresee that blockchain based technologies will underpin a good chunk of the Internet that you use in the next 10-15 years, but like today’s Internet, you shouldn’t and wouldn’t have to understand how a blockchain enabled internet works – it just will. Despite that, now you’ve got some insight into what will be happening behind the curtain when this next kind of internet creeps into every aspect of our lives, dismantling centralised businesses as they exist today along the way.

I’m sure you still have a lot of questions. As alluded to in my opening paragraph, this isn’t intended to cover off every detail, be technically precise, nor be particularly comprehensive. However, armed with this kind of explanation, working towards an even stronger understanding of blockchain should be far easier than before.

That’s it! Go forth, and tell your parents about blockchain.

0 replies on “A blockchain explanation your parents could understand” 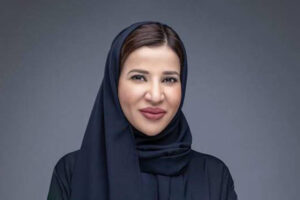 What is Artificial Intelligence in FinTech 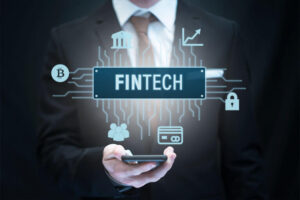 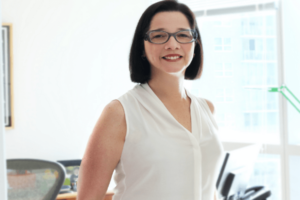