Elon Musk vs. Apple: Has The War Begun? 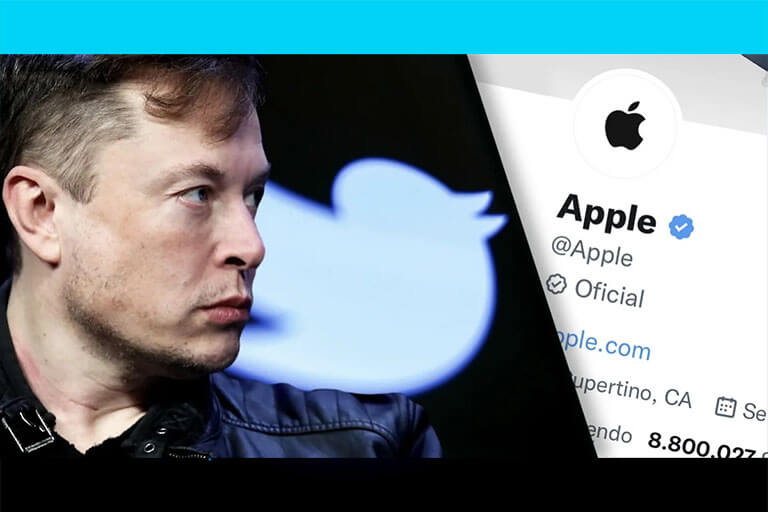 Elon Musk has done it again—he’s brought the fight out into the open. This time it’s against Apple Inc. And it is a fight that is bound to be exciting. There are no legal tricks he could pull off, public shaming he could inspire, or any money he could throw away in pursuing both, that could compel Apple to save Twitter from the corporate devastation Musk has just unleashed.

In a series of tweets, the billionaire today accused Apple of opposing free speech and monopolizing the market.

“Apple has mostly stopped advertising on Twitter,” Musk had tweeted earlier on Monday. “Do they hate free speech in America?”

Shall we let that “sink” in?

Musk further accused Apple of being politically biased. He called for Apple to publish all actions it has taken toward censorship and asked his followers to rally around him in his fight against the largest tech company in the world.

Starting fights have been a hallmark of Elon Musk’s brief but turbulent tenure as the owner of Twitter. From the legal battle before the completion of the purchase to the waves of disruption sparked by his management choices, to his ridicule over federal regulators, to his continued campaign to become the internet’s troll king, Musk has done nothing but joyfully persecute his supposed antagonists, inside and outside Twitter.

The latest fight, however, began over seemingly bad news concerning advertising on Twitter. The billionaire tweeted that Apple had “mostly stopped advertising on Twitter,” an undesirable development for a social media giant already witnessing a significant hit to its $5 billion annual advertising revenues. According to a report published in The Washington Post, Apple used to have the highest number of ads on Twitter, spending almost $48 million on advertising on the social network during the first quarter of 2022. It accounted for more than 4 percent of the revenues of Twitter during those months. Therefore, any pullback from Apple is a big problem for Musk and Twitter.

The overall online advertising market is experiencing a slump. However, marketers are increasingly cautious about Twitter over concerns that it has become more chaotic. Since the takeover, Musk has cut thousands of jobs at Twitter. It has fuelled worries that the social media platform is ill-equipped to combat misinformation and hate speech. A new strategy for verifying accounts also unlocked the doors to trolls impersonating prominent brands and Musk himself.

Musk’s strategy is to make Twitter less dependent on advertising and to steer its users towards its Blue subscription service. However, advertising services generated nearly 90% of Twitter’s $5.1 billion revenues last year, and a good chunk of that money came from Apple.

But the billionaire Twitter owner does have some leverage of his own. He could rally his millions of fans on Twitter by portraying his battle as a fight for free speech. And his disapproval of Apple’s expensive app store fees is noticeably shared by software developers, regulators, and lawmakers worldwide. It could possibly give him a potential advantage in his fight with Apple and help him steer clear of Twitter through tumultuous waters and towards revenue growth and profits.

0 replies on “Elon Musk vs. Apple: Has The War Begun?”