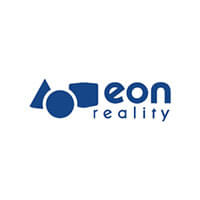 EON Reality is a global pioneer in Augmented and Virtual Reality (AR/VR) associated with academics and industrial training solutions. EON Reality’s 23-year success is based on the company’s belief that information is a human right that should be available, inexpensive, and accessible to everyone on the earth.

EON Reality has spent extensive years in the industry building the de-facto standard for AR/VR education and industry solutions that support devices ranging from mobile phones to head-mounted displays to large-scale screens and facilities, intending to democratize XR content development.

EON Reality’s EON-XR Platform is the company’s core product and content delivery vehicle. It is the result of years of collaboration with Fortune 1000 corporations, worldwide enterprises, and world-class academic institutions. EON-XR is built on the “Learn, Train, Perform” concept. It includes the backend infrastructure and architecture that major enterprises require to quickly and efficiently design, deploy, and scale AR and VR apps to enhance their current training and productivity efforts. EON-XR works on all major devices and operating systems, with AR, VR, and mobile capabilities.

EON-XR is hardware-agnostic, which means it may be used on almost any device. It also comes with over a million XR assets in the library and doesn’t require any coding or development experience to build and distribute lessons. In other words, it’s a complete package for anyone wishing to integrate XR into their classrooms, training sessions, or other settings. That’s why EON-XR is being used by schools, businesses, and governments in over 100 countries for everything from simple 3D object-based courses to completely immersive experiential laboratories and multi-user events. It can be utilized in the field for practical exams and life-size AR models to assist explain things and procedures.

In 2016, the company introduced EON Creator AVR, a free Augmented and Virtual Reality (XR) learning software for Android and iOS. The app can also be used by educators and trainers to build learning experiences using the company’s library of materials. The library currently has around 830,000 assets and lessons. The EON AR Knowledge Injection is an update to the company’s AVR platform that uses artificial intelligence and the Internet of Things (IoT). The geo-location feature was introduced in April 2017 to produce augmented reality annotations related to real-world items.

Headquartered in Irvine, California, Eon Reality was founded in 1999 by Dan Lejerskar, Mikael Jacobsson, and Mats W. Johansson. Back in September 2010, the company started by delivering its goods for training and development at a technological center run by Senai, a Brazilian industrial apprenticeship agency.

In 2013, EON Reality launched its interactive research and development center in Manchester, England. Located all around the world today, these Interactive Digital centers help energize the community, support regional talent, and advance corporate operations by virtue of their AR/VR design and development facilities.

Thousands of students around the world are taught coding, 3D modeling, design, and development at EON Reality’s Entrepreneur Coding School. The VR Innovation Academy at EON Reality provides learners with a hands-on approach to understanding Augmented Reality and Virtual Reality design and development abilities that prepare them to enter this exciting new sector of education via virtual reality.

“The key is to improve knowledge transfer. If you think about what we are doing in education, there is very little need to memorize things because Google does it best! So what we are trying to do now is to expand the commutative dimension, think up things like creativity, collaboration and creation. Virtual reality and augmented reality lend themselves very well for this type of knowledge acquisition.” says Dan Lejerskar, CEO and co-founder of EON Reality,

EON Reality partnered with Duncanville, Texas in November 2014 to open a virtual reality school. An educational training facility in Davenport, Iowa, in collaboration with Eastern Iowa Community Colleges, was built in 2016. In January 2017, EON Reality’s Innovation Academy began offering augmented reality design classes. The company also announced a partnership with Lehman College to create an Interactive Digital Center on one of the college’s Bronx satellite campuses.

EON Sports, a virtual reality training software company for athletes, was created in 2013 as a subsidiary of EON Reality. In 2014, EON Sports introduced a virtual reality training program for football players. The software is used by notable educational institutes like UCLA, Ole Miss, Syracuse University, the University of Kansas, and hundreds of high schools. In July 2015, the Tampa Bay Buccaneers revealed that EON Reality’s Sidekiq football simulator software would be used at their training camp. The technology was also invested in by the New England Patriots, San Francisco 49ers, and Dallas Cowboys.

Educational attainment and human capital development are essential factors in maintaining high productivity growth rates. The gap between job listings and hires is widening due to a rising shortage of experienced technology professionals. Slow productivity growth leads to stagnant wages and poor economic growth, which can have major social and political consequences. With over 2.16 million 3D assets and counting, EON Reality’s global network of over 1.4 million users is constructing the Knowledge Metaverse in over 100 sites and has built the world’s leading XR library for education and industry.

While EON-XR provides a comprehensive package for existing consumers, the company’s development team is always looking for new methods to mix real-world information into simple XR classes. This entails employing AI and algorithms to assist in the recognition, creation, improvement, and publication of new information tailored to the user’s requirements.

The next ten years of educational technology hold a lot of promise. EdTech is poised to play a far bigger role in our classrooms with the emergence of technologies like artificial intelligence, machine learning, and the Metaverse. EON Reality perceives a future in which AI, IoT, AR, and VR combine to push human-computer interaction to new heights. It perceives a society where human and machine intelligence collaborate for the greater good, and technology empowers rather than pacifies people.