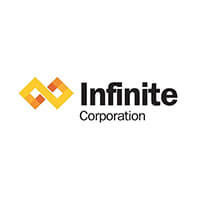 Infinite Corporation, which was founded in 1975, is an IT integrator with a global presence. It is a pioneer in IBM I (AS/400) migration and modernization toolsets. Over 100,000 installations have been completed in 56 countries, including more than 90% of Fortune 500 companies. The company has offices on four continents and is headquartered in California. Infinite has helped some of the world’s largest companies achieve significant cost savings and measurable returns on their IT investments. Infinite’s clients include Caterpillar, Volvo, and Bank of America.

Legacy application migration for IBM I / AS400-based applications to open systems like Linux and Windows is one of Infinite’s areas of practice. Infinite Corp. has also created tools and services to upgrade and integrate historical green screen programs written for both the AS/400 and Mainframe platform.

Many of Infinite Corp’s migration clients and clients seeking assistance in establishing an open-source strategy in the planning and implementation of moving RPG or COBOL applications to Linux running on industry-standard servers have taken advantage of open source. Infinite Corp. has created a suite of tools for converting RPG and COBOL applications produced for the IBM I (AS/400) platform to open platforms like Windows or Linux (AIX, Solaris, and HP-UX).

In 2009, Infinite Corp. achieved the “Women Business Enterprise” designation. Carol Conway, Co-Owner/President, said, “Our unique combination of talent and solutions makes INFINITE the vendor of choice for many customers and prospects. It is not uncommon to engage with clients who state an intention to work with a minority or woman-owned business, whether by necessity or choice. With our new status, we remain a viable competitor, and assist clients in fulfilling their diversity objectives.”

Since its inception, Infinite has completed thousands of successful AS/400 conversions. Since then, Infinite has created and published several successful solutions and services packages aimed at migrating RPG and COBOL-based AS/400 applications.

Infinite i package converts RPG and COBOL legacy applications written for the IBM I / AS400 to operate on various platforms, including Windows and Linux. One must have a complete set of source codes to use Infinite i. Unfortunately, Infinite i won’t be able to recompile the AS/400 code and run it on another platform because it doesn’t have the source. The new platform is fairly similar to the AS/400 in terms of how applications run. Physical and logical files, subfiles, command language, stored procedures, and other features are supported by Infinite i.

Another toolset named the Infinite Cloud was created to upgrade IBM I (AS/400) and mainframe green screens. The toolbox takes host-based green screens and graphically renders them with point-and-click capabilities automatically and dynamically. This feature does not necessitate any programming or screen design. The toolset publishes the screens to the web once they’ve been graphitized.

Infinite Corporation has a unique grasp of how operating environments must function together with virtualization tools and middleware to execute a comprehensive and integrated IT environment as a partner that builds toolsets for enterprise applications. Almost all firms run many apps, each with its own operating system, database, and middle-tier strategy. Many firms around the world have worked with Infinite to create a viable and easy-to-follow design and roadmap for incorporating an open-source strategy into a legacy plan.