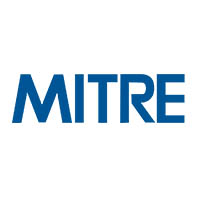 Drones large and small. High altitude weather balloons. Commercial rockets and spacecraft. These new entrants are joining the aerospace ecosystem but need to do so safely. MITRE is here to help.

As a not-for-profit working in the public interest, MITRE doesn’t have traditional clients. Instead, it works through public-private partnerships and federally funded research and development centers (FFRDCs), addressing challenges in areas including cybersecurity, defense, and healthcare. MITRE’s Center for Advanced Aviation System Development (CAASD) is sponsored by the U.S. Federal Aviation Administration (FAA) and has been its mission partner for over 60 years, working together to ensure the United States remains the safest, most efficient aerospace system in the world.

But MITRE’s impact doesn’t end at the U.S. borders. The company, which is based in McLean, Virginia, and Bedford, Massachusetts, works with international civil aviation authorities, civil aviation regulators, airport operators, airlines, and other aviation organizations to support safe and efficient travel.

“Our work has contributed to the significant improvement of commercial aviation safety during the past two decades,” said Gregg Leone, MITRE vice president and CAASD director. “Aerospace and transportation are critical to our global economy, and we’re working to keep passengers and goods safe—from surface to space. MITRE is always growing and evolving, and we constantly look for ways to share knowledge with the world.”

MITRE’s mission is solving problems for a safer world. In aviation, this work includes the Traffic Collision Avoidance System (TCAS), a nationally implemented on-board air traffic management system. MITRE also helped develop Automatic Dependent Surveillance-Broadcast (ADS-B), which enabled the shift from a radar-based surveillance system to one where aircraft transmit their locations and speed data to air traffic control centers as well as directly to other nearby pilots.

Other examples of MITRE’s impact on aviation safety include the Alaska Capstone, an advanced air safety system that used MITRE-developed technology to reduce the unique hazards of air travel in the nation’s northernmost state; Digital Copilot, a portable capability via smartphones and tablets that helps reduce workload and thus enhance safety for the solo general aviation pilot (recently patented); and the Aviation Risk Identification and Assessment tool (ARIA), a near-real-time capability that automatically analyzes radar and other surveillance data about flights in the U.S. to highlight potential risks.

And for more than a decade, MITRE has hosted the Aviation Safety Information Analysis and Sharing (ASIAS) initiative, which collects and aggregates data sets from the FAA, manufacturers, public sources, and proprietary airline safety data. MITRE’s analysis of this data helps to spot safety trends and assess the impact of changes in the aviation operating environment, driving accident rates lower and enabling innovative new operations.

MITRE works with its government customers on prototypes and licenses the technology to industry for further development or commercial applications. MITRE’s research and development efforts and intellectual property include innovative breakthroughs and more than 260 patents since 1958, such as versatile image sensors, display for air traffic control, and digital communications systems. Of these, 188 patents have been issued and 1,761 licenses have been granted since 2006.