Moving to a Cloud-Based Core

The below articles was originally written by Ryan Derousseau and published February 14, 2018 by Bank Director.

A small Kansas town with a population of less than 700 isn’t typically where you would expect to find a bank on the forefront of the future. But since Suresh Ramamurthi and his wife, Suchitra Padmanabhan, bought CBW Bank in 2009, they have revamped the 126- year-old institution, making it a digital-first place for conducting business, attracting customers from all over the world while assets jumped 30 percent to $29 million in the past two years. And they did this by completely redesigning the back-end core system used to conduct transactions and process loans.

CBW tackled one of the largest technical issues troubling many banks across the country. It fixed its outdated core systems, which were built nearly 20 years prior, when no one had even heard the term smartphone. It’s an issue many banks must weigh, as the concern to fix these systems, which can often be over 30 years old, run into hurdles based on expenses, risk of downtime and a lack of understanding from decision makers. While fewer banks can afford to ignore these upgrades, vendors have increased cloud-based offerings—software and data are provided from another company’s servers and accessed at will by the bank—which have started to appeal to smaller firms.

CBW is unique, though, because it innovates through another company, Yantra Financial Technologies, that Ramamurthi created. This limited their reliance on third parties, allowing them to develop tools like a payment security checkpoint that’s linked to the customer’s car via the cloud. This ensures that when customers fill up at a gas station using a debit card, the correct vehicle identification number is in the same location.

Peers of CBW have now begun to test ways to upgrade the core systems through the use of cloud vendors that provide them with the back-end capabilities to upgrade services and offerings online.

The core banking system is the term used to describe all the software that supports the bank’s most vital services, like servicing loans or processing customer transactions or signing up new customers. Over the decades, these systems have grown in complexity, as many banks chose to update them through patching outdated aspects. But as more banking moved to the digital and mobile spheres, many systems now lack the flexibility to scale.

While bank directors know upgrades are needed, and 81 percent of banks have at least begun to plan for upgrades or will do so by 2018, according to Forrester Research, there’s a hesitation to move forward with plans, for good reasons. During the initial surge of upgrades that took place in the early 2000s, only 30 percent succeeded, according to McKinsey & Co.

Jost Hoppermann, a vice president at Forrester, who primarily focuses on the financial services space, has seen situations where banks suffer under the weight of these updates. For example, a mid-size bank in a large country began revamping its 40-year banking platform in the mid-2000s, only to dump the plan eight years into the process. What went wrong? The bank had developed 20,000 requirements that the new technology would need to pass, before it would make the shift. This forced them to customize their own technology, doubling the budget.

“There’s various risks [to upgrading the core],” says Hoppermann, including downtime, customer dissatisfaction or unexpected costs, but much of it can be circumvented through proper planning. With so many requirements, the bank left out room for flexibility in the technology. Instead, you need to “identify the most important criteria,” adds Hoppermann.

The cloud is just one way to update the core, but it’s also one of the most promising in terms of opening up the bank to better technology. Capital One, for instance, uses Amazon Web Services (AWS) to host much of its mobile banking application. Legacy system operators, like Fiserv, Jack Henry, FIS and D+H all offer cloud tools for core banking solutions. But there are also a growing number of third-party vendors built specifically around the task of updating core systems in the cloud, which can have a particular appeal to smaller banks.

To imagine what the cloud offers, take into consideration when a customer looks for past transactional data on a mobile device. If operating through an older system, then the bank won’t allow a customer to see beyond a few months’ worth of information. A legacy system would choke if a large number of customers looked for past transactions all at the same time.

“Fundamentally, there’s not much difference between transactional data and, say, a Twitter stream,” says Thought Machine Chief Marketing Officer Travers Clarke-Walker. He says when using a cloud-based solution, such as the one Thought Machine developed through its Vault system, customer data becomes easily accessible in real-time, similar to looking at your past posts on Twitter. Thought Machine is currently working with a number of banks to get Vault live to customers, which is expected to occur this year.

The problem with many old core systems is they can’t be upgraded effectively. So if you want to quickly add a new feature, like a mobile loan tool, then you might have to build the tool, instead of linking to a third party capability through an application programming interface (API). “Old solutions do deliver business value, similar to an old red wine,” says Hoppermann. “Again, similar to a red wine, if you use them for too long of a period, [the value] is suddenly zero.”

Another upstart cloud core system provider, Nymbus, has a solution where an organization can use Nymbus’s system to operate a digital-only bank. This can allow a small bank to have digital operations, via the flexibility of the cloud, without upgrading its own core system. You can then choose different services that would connect to the system using APIs. For those directors and officers nervous about how such a digital bank would operate, there’s even an option to brand it separately from the core bank, reducing the impact of a public relations snafu. “It’s really a bank in a box,” says Christopher George, senior vice president of client strategies at Nymbus, who has a number of banks transitioning to its platform, including the $100 million asset Surety Bank based out of Deland, FL.

These types of solutions can dramatically reduce the time it takes to upgrade the systems to less than a year, from planning to launch.

But there are obvious hesitations from directors. Small banks, in particular, tend to outsource cloud services, which can be stored in the public cloud from a service like AWS, or on servers dedicated specifically to the bank known as the private cloud. Larger banks tend to have the resources for a private cloud, which has the reputation for security, even if the public cloud’s popularity and widespread use has began to ease banks’ hesitation.

There’s also a regulatory concern since regulators haven’t kept up with the changing technology in the fintech space. This brings in compliance questions around security, confidentiality and access to the cloud data. In a survey of bank technologists from Forrester, 26 percent were also worried about the technology’s maturity, indicating that some options weren’t dynamic enough just yet.

But as the cost of legacy systems rise, PwC estimates that moving to the cloud would free up a combined $58 billion in IT spending (in total) from banks with $1 billion or more in assets. For smaller banks—without a dedicated innovation arm—it becomes an attractive way to upgrade without hiring an entirely new technology team.

If you need a strategy for imagining how it could work, take the case of CBW. Since a bank account is simply a number, CBW used customers’ account numbers as the “center of the universe” within its system, says Ramamurthi. A customer can define what they use at the bank, whether it’s regular depositing, a need for a loan, or a more advanced solution. The system can adjust its offerings based on the requirements that the customer says it needs. If assets grow faster than expected, as more loans or accounts come through, the back-end can scale with that increase, while also providing the proper restraints for compliance purposes.

It’s nimble banking, not just for the customers, but for the business as well.

0 replies on “Moving to a Cloud-Based Core” 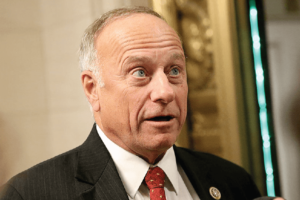 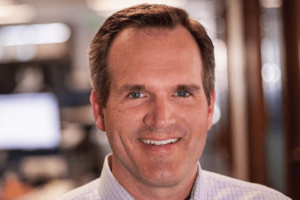 Collaboration in the Cloud – A Unified Theory 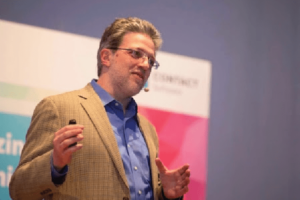 Why PLM consultants are questioning new tools and asking about cloud exit strategy?