Mullen – Shaping the Road Ahead in Electric Automobiles 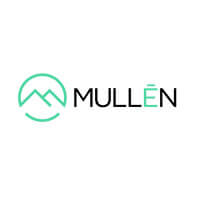 Mullen is an automotive and electric vehicle manufacturing company founded in 2014 by David Michery out of his strong desire to ensure that clean transportation is available for everyone. David has also been the Chairman and CEO of this Southern California-based company since its inception. Mullen Technologies Inc. is a successor firm to CODA Automotive and Mullen Motor Cars and the company we know today is the result of David’s nearly decade-long effort to make his vision a reality.

Mullen has established itself as a pioneer in the EV industry built wholly in the United States and designed to integrate seamlessly into the lives of Americans. Mullen also focuses on putting Americans back to work, which is the most critical aspect of the current situation. Above and beyond everything else, the company’s mission is to bring jobs back to the United States.

Mullen believes that technology, like everything else, should be efficient, cost-effective, and simple. As a result, it is developing the next generation of electric vehicle batteries, which will include innovative technologies such as Lithium-Sulfur and Solid State. Lithium-sulfur batteries outperform lithium-ion batteries in almost every way, especially in terms of weight and cost.

“I am pleased with the initial preconditioning results on our solid-state polymer battery cell and we’re progressing to the next stage of testing with BIC. The battery has performed well and I’m looking forward to seeing finalized testing results from BIC later this month,” said David Michery, CEO and Chairman of Mullen Automotive.

When commercialized, batteries use safe polymers to achieve the energy required to move a vehicle from point A to point B while reducing the risk of exhaustion of rare earth minerals. Mullen is committed to making clean transportation accessible and its contribution would be first and foremost in terms of safety, followed by dependability, and finally proper disposal and recycling of these batteries. Disposal of EV batteries, when done right, reduces risks of landfill fires and other potential hazards. Mullen’s sustainability-centric technology offers safe usable solutions to existing problems that EV companies are going to have in the future, namely disposal and repurposing of used batteries that are exposed to dangerous metals.

On March 17, 2021, Mullen Technologies announced the construction of a plant in Memphis, Tennessee to produce their Mullen FIVE Cross Over SUV, with plans to begin retailing them as early as 2024.

The Mullen FIVE EV is a stylish, fast, and dependable electric vehicle manufactured in America. It will use lithium-ion phosphate as its first chemistry, and in its second generation, it will be a safe, clean solution using solid-state polymer cell technology. Mullen is preparing to move up to the vehicle pack level, which is now being tested. The electric car, the battery, and the vehicle’s performance are all essential aspects that the company wants to emphasize. The Mullen FIVE EV is not only attractive but also fast and safe to drive. Mullen will stay true to its motto of being 100% American since all the components for manufacturing this car are going to be sourced from the United States itself.

The company claims that Mullen EVs with Lithium-sulfur batteries will be lighter, more efficient, and have a longer range than most EVs now on the market.

Mullen has established an end-to-end ecosystem that handles all aspects of electric vehicle ownership, from research to financing to maintenance. It is among a handful of companies that own facilities and can actually assemble or manufacture something.

Mullen aspires to be a multinational enterprise in the coming years and right now they’re aiming for 5% of the SUV/EV market. Midsize SUVs are the most popular segment in the US and Mullen will concentrate on electric midsize SUVs, with the goal of capturing 5% of the market.