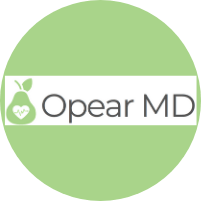 The future of healthcare is already here – why aren’t we taking advantage?

Often when we speak about the future of medicine, we’re imagining the incredible advances yet-to-come. But some of the most sweeping changes to how we’ll seek healthcare require only technology that already exists – along with “common sense medicine” that’s fallen by the wayside.

One hundred forty five million Americans seek care in emergency departments each year (ACEP) – 18 million of them were avoidable visits, adding $32 billion in costs to the healthcare system each year. Though an emergency visit costs, on average, 12 times higher than at a physician office ($167) and 10 times higher than at an urgent care center ($193) many issues treated in the ER include common conditions like bronchitis, dizziness, flu, headache, nausea, sore throat / strep throat, and upper respiratory infection. (United Health).

These unnecessary visits are due disproportionately to a lack of access – inability to find an appointment with a primary care physician in time, or an unwillingness to brave debilitating urgent care wait times.

What’s more, this year has opened our eyes to a risk even scarier than a large hospital bill – the realization that seeking medical treatment for a non-emergency illness can expose you to pathogens far worse than the ones you came in with.

Unsurprisingly, COVID-19 accelerated the adoption of telemedicine by leaps and bounds; the last week of March 2020, immediately following initial lockdown measures, the U.S. experienced a 154% increase in telehealth visits compared to the same period the previous year. (CDC, 2020). Whether making video calls as a “pre-screen” for COVID testing or an attempt to avoid the queues of neighbors getting tested, patients are turning online to seek quarantined care.

Even as telemedicine becomes the new first touch, companies like Opear MD believe that virtual care shouldn’t mean sacrificing a human touch. This New York-based virtual health app is overcoming two of the biggest pain points of remote healthcare by tweaking the telemedical model, as well as reviving an age-old practice – house calls.

While telemedicine’s immediacy and efficiency are unparalleled, it lacks personal experience. Patients are placed in a virtual waiting room, typically unable to schedule an appointment in advance or select their own caregiver. They are treated by a provider with no prior knowledge of their medical history, and are unlikely to be able to seek a follow-up with the same provider should they need to.

Opear’s telemedical model bypasses this entirely. While patients are still free to choose the first available provider, they are also able to schedule video appointments in advance for a more convenient time – on their lunch break or after their kids go to bed. Furthermore, they are able to select their own provider, developing a relationship with someone who knows their medical history, or choosing a specialist whose background aligns with the issue they’re experiencing. Patients can even search for – or refer – their existing physician, as Opear enables independent practitioners to use the platform as an extension of their own practice.

“Opear’s mission is to be a 360-degree healthcare ecosystem,” says Opear’s founder and CEO, Michael Demetriou. “An enhancement to the existing healthcare system, that frees up emergency workers for those who really need them.”

For times when a video call won’t do, Opear has resurrected the age-old practice of house calls in its New York market. Previously, home visits were the norm, not just for convenience, but social responsibility; house calls were crucial in the containment of diseases like smallpox and the Spanish Flu. Today, overextended physicians and an institutional focus on profit have made in-home care harder to come by at a time we could benefit from it the most.

With Opear, patients can request an appointment with a provider who arrives at their home in as little as two hours, transported safely by its in-app medical rideshare service.

By containing contagious illnesses to patients’ homes and delivering providers safely without “public” transportation, countless new cases can be stopped in their tracks.

Now, the company is poised to extend its services on an even larger scale.

“Opear is partnering with the largest multi-family building owners and hotels in the U.S. to create truly ‘healthy buildings’ through in-house concierge medicine,” said Demetriou. “Families don’t want to leave their homes to get care, they don’t want to risk their health or their neighbors’ health, and we truly believe they care about the best interests of medical workers and first responders. It’s a solution that benefits everyone, and there’s no barrier to making this the standard, right now.”

Video calling is far from futuristic technology, and house calls are as old as medicine itself; according to Demetriou, that’s exactly why we need it.

“Patients and providers are waiting for this magic pill, a new invention, a transformative new technology. But it already exists. We have the tools to make healthcare safer for millions of people right now, with very little time or cost. What are we waiting for?”