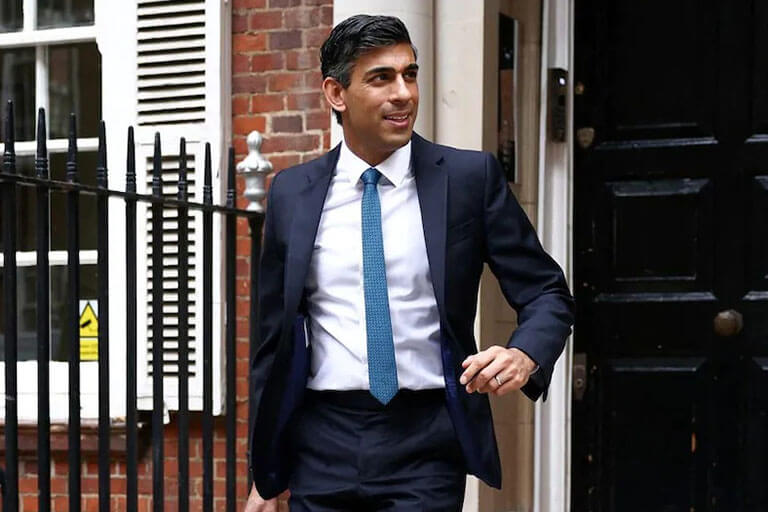 On the 24th of October 2022 Rishi Sunak, the British Conservative Party politician was declared to be the Prime Minister of the UK. A momentous event that had led to a massive celebration in parts of the UK – especially among minority groups. That day, every corner of the globe was an onlooker of outright diversity as the new Prime Minister made history.

Sunak was first elected as a Member of Parliament (MP) in Richmond, Yorkshire in 2015. In February 2020 made a historic achievement when he was appointed to the most important Cabinet Position in the UK which is the Chancellor of the Exchequer. His financial and economic schemes gained him huge popularity during the COVID-19 pandemic period. Before that, he served as the Chief Secretary to the Treasury from 2019 to 2020.

Rishi was born on 12th May 1980 in Southampton General Hospital in Southampton, Hampshire. He went to Stanford Graduate School of Business. He went to Winchester College, Lincoln College, and Oxford. He studied Philosophy, Politics, and Economics (PPE). He also got his MBA degree from Stanford University as a Fulbright Scholar. His parents are of Indian Origin. His grandparents are Indian, and Punjabi. His parents Yashvir Sunak and Usha Sunak are Southeast-African-born Hindu parents.

His family migrated from India to Southeast Africa and then finally to Britain where Rishi Sunak was born and brought up. His roots are deeply connected to India. Rishi happens to be the first Prime Minister of color. For the first time in the history of the UK, the country is being led by a non-white person.

As Rishi becomes the youngest and first ever non-white Prime Minister of Indian origin to lead the country various debates and controversies sprout. Nayaz Qazi , the director of the Conservative Friends of India organization, considers this event to be “a very proud moment for British Indians and all ethnic minority communities”.

Pictures showing Rishi Sunak lighting diyas and candles spread like wildfire. These images are of great significance as they bring a to spotlight diversity and also give confidence to minorities. He is seen wholeheartedly embracing his origin, culture, and religion. He is known for being a practicing Hindu. R

ishi Sunak even had a conversation with the Prime Minister of India, Narendra Modi, and assured him that this event is highly significant as he serves as the visual representation of the historic connections between India and the United Kingdom. This event indeed is remarkable as it marks the acceptance of people from all backgrounds irrespective of their color or religion. This also is a great event against racism and oppression and racial discrimination and other hardships that at times minorities have to go through. This incredible turn of events and the result it gave to the world can be regarded as the beginning of a new, diverse United Kingdom.

Rishi’s origin is not the only connection he has with India. He also has marital relationships with India. He is married to Akshata Narayan Murty who is a Britain-based Indian heiress. She is the daughter of N.R. Narayana Murthy who is the founder of one of the largest IT companies, Infosys.

As the reduction in pound value, increased inflation, the aftermath of the Ukraine – Russia war, and Brexit are witnessed. Rishi leads the United Kingdom in a challenging time with the EU shaken by the impending recession. The world now watches both Rishi and the UK with keen eyes eager to see how he will lead the UK forward in these challenging times.