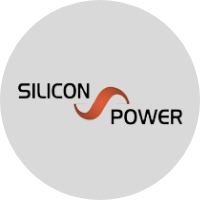 The energy demands of a rapidly growing world can only be met using innovation and technology that can keep pace with the new age. Industries today are powered by vast commercial grids whose functional integrity is largely reliant on the devices that channel this energy.

Silicon Power is one of the leading companies that has been a part of the modern energy revolution. Founded back in 1994, it is a globally recognized technology developer and solutions provider. The company specializes in the design, development, testing, and manufacturing of high-power semiconductor devices and utility-applicable systems.

Silicon Power has managed all its operations with a key focus on superior economic and environmental solutions. Its success is built on highlighting the major problems in industry and orienting themselves towards addressing these issues with prime efficiency. The researchers and technicians at Silicon Power have always sought to restructure the classical ways of power distribution with an improved outlook on future necessities.

The company has channelled its resources into developing solutions to address the three most impactful trends in the current energy market.

Primarily, the grid is becoming more fragile. The ever-increasing penetration of distributed energy resources (DERs), such as renewables and energy storage, have been changing the dynamic of the grid due to their inverter-based grid interfaces. They do not have the rotational inertia of conventional generation, which is used to help stabilize the grid during events.

The second prominent trend is the increasing sensitivity of loads being powered by the grid. Microprocessor are being embedded into more of the devices and equipment we rely on every day; and ongoing budget minimization has made most devices extremely sensitive to AC voltage sags, causing them to trip offline more frequently.

And thirdly, we come across unpredictable environmental fluctuations that have a tendency to disrupt or even destroy the regular grid functions. Climate extremities have made themselves felt very strongly in recent times. These adverse conditions need to be combated with highly resilient systems.

Under the leadership of Dr. Harshad Mehta, the Company’s CEO, President and Founder, Silicon Power Corporation has supported the continuous development of high-performance, solid-state components, modules and systems to meet the ever-increasing needs of various industries and utilities.

Their Innova sub-cycle switchgear solutions have been deployed to solve sensitive load issues in various industries and utilities for over 25 years. They have designed optimal sub-cycle transfer and disconnect switches which have become a game changer in critical facilities and power networks. With the promise of uninterrupted power supply, their products have made their mark as one of the major triumphs on the modern power supply sector.

Discussing the company’s capabilities in systems solutions, he went on to say “Our agile structure allows us to take advantage of our systems knowledge into our semiconductor devices, and vice-versa.”

At Silicon Power, they pride themselves on integrating functionality with quality. The employees are guided by a systematic approach in risk mitigation and management. Over two decades of collaborative efforts have reinforced their commitment to cost-effective technology-based solutions with customer satisfaction as their end goal.

The company has established itself as a pioneer in energy solutions against the vast industrial landscape. With its vested interest in the design and manufacture of state of the art semiconductors, switchgear and modern thyristors, they have marked a significant niche for themselves in the current market. Their products have found wide acceptance across all sectors and having been shaping the future of power solutions as we know it.

Silicon Power has proven itself to be one of the leading curators of the global power solutions of today and the future to come.