The next era in aerospace supply chain evolution? 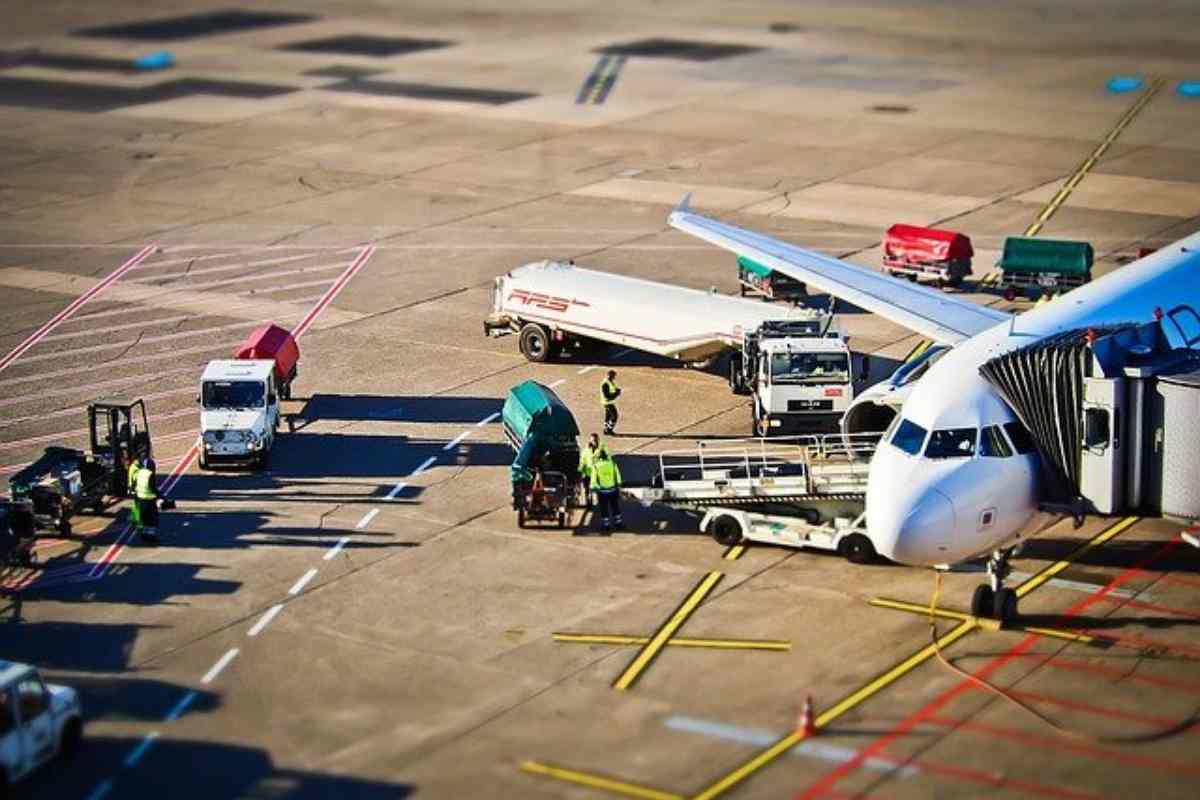 Shortly after becoming CEO of Ford Motor Co., former Boeing Commercial Airplanes chief Alan Mulally was asked if he was ready for the complexity of the automotive industry. “An automobile has about 10,000 moving parts, right? An airplane has 2 million, and it has to stay up in the air,” he reminded his Detroit audience.

It is no surprise that the jetliner supply chain is complex and constantly evolving. Now it is transitioning into an era we might call Post-Tier 1. This unfolding era of OEM-supplier relations entails more OEM vertical integration and restructured supplier responsibilities—and offers new opportunities for nontraditional suppliers. To understand the implications of this shift, and why it is happening now, requires a brief review of recent supply chain history. In the first four decades of the jet age, aircraft and aeroengine OEMs were vertically integrated. In-house production of aerostructures, aircraft systems, parts and interiors fed their final assembly lines. This changed in the 1980s and 1990s as Douglas outsourced large chunks of aerostructures and then Bombardier pioneered a new supply chain model, called “Tier 1,” on the Global Express. In this new approach, which borrowed heavily from the automotive industry, Bombardier brought in 10-12 risk-sharing partners and gave them large work packages and system design responsibility. The experiment worked, and these partners funded roughly half of the aircraft’s development costs. Embraer followed suit on the E-Jet in the late 1990s and reduced its supplier count to fewer than 40 primary suppliers.

The Tier 1 trend continued in the 2000s. Rolls-Royce brought in automotive supply chain executives and reduced its supplier count dramatically. Airbus narrowed to fewer than 100 major suppliers on the A380 and outsourced 60% of its value; on the A350XWB this figure would grow to 80%. And Boeing famously embraced an aggressive Tier 1 model at the same it integrated many new technologies on the 787.

It looked like the Tier 1 supply chain model was here to stay, until several factors intervened. Boeing’s massive losses from the 787 came to light, and it began to question why it seemed to take all the risk while earning lower margins than its suppliers. Its Partnering for Success (PFS) initiative ensued in 2011. It also embraced reengining over new designs and shifted its focus from technology innovation to process innovation. Airbus initiated its own Scope+ cost-cutting initiative on the A320.

Disruptive technologies—including additive manufacturing, advanced automation and digital manufacturing—began to change the make-buy equation for OEMs as the labor content of manufacturing plummeted. And recently, political populism put globalism and sourcing from low-wage countries in retreat.

Boeing made a major break from the Tier 1 model on the 777-X when it sourced from Heroux Devtek (landing gear) and Nabtesco (flight controls) in make-to-print contracts where Boeing controls the system design and aftermarket. It brought the 777-X’s wings, nacelles and pylons back in-house, and it recruited a new supplier to manufacture 737 economy seats.

A senior Boeing supply chain executive stated in March that the airframer is now interested in working with more suppliers and is intrigued with “focused factories” in which a supplier dedicates its production primarily to Boeing (see graphic). In 2016, it launched a new phase of Partnering for Success (PFS2) that includes additional pricing concessions and revised payment terms in addition to targeting supplier aftermarket revenue streams. And in July, Boeing will start operation of its new Global Services Unit, which has a goal of $50 billion in services revenue. Lucrative Tier 1 aftermarket revenue streams will be a key target.

In aeroengines, GE is pursuing an aggressive vertical integration strategy. It would like to replace most aeroengine superalloys with ceramic matrix composites, and it is building its own supply chain from scratch. GE is making unprecedented investments in additive manufacturing and recently bolstered its capabilities with the acquisition of Arcam AB and Concept Laser, two major European additive-manufacturing suppliers. Some 35% of its new advanced turboprop engine for the Cessna Denali will be printed in-house, reducing the serialized part count to just 35. This leaves little value-added for suppliers.

Tier 1 suppliers are an important part of the aeroengine ecosystem and are often risk-sharing partners on new engines. It is not unusual for Tier 1 suppliers to own 25% of the equity of a new engine program. In 2013, GE acquired Avio, one of the most important Tier 1 suppliers of gearboxes, transmissions and low-pressure turbine modules. It also established joint ventures with Woodward and Parker Aerospace to build aeroengine fuel systems—components that they used to source on an arm’s-length basis. The Parker joint venture uses GE’s additive-manufacturing capability to make Leap fuel nozzles.

Tier 1 consolidation is not limited to GE. Rolls-Royce is taking control of ITP, a Spanish supplier of low-pressure turbine modules. Previously, it was a minority shareholder.

This leaves Japanese suppliers (IHI, MHI and KHI), MTU and GKN as the major remaining independent Tier 1 suppliers—quite a change from a few years ago.

To be fair, not all aircraft and aeroengine OEMs are shifting to “Post-Tier 1” supply chain strategies to the same extent as Boeing and GE. Bombardier and Embraer are heavily dependent on Tier 1 systems-engineering capabilities. Airbus has maintained a consistent make-buy approach, although it continues to demand more supplier-pricing concessions. And Pratt & Whitney needs its Tier 1s as it ramps up its geared turbofan production. Still, with few new aircraft programs on the horizon, unrelenting customer cost pressure and disruptive technologies entering the mainstream, it is a good bet that the “Post-Tier 1” supply chain trend will continue.

The implications of the trend are considerable. A recent white paper by CreditSuisse identified three likely outcomes. First, “Post-Tier 1” there will be a significant boost to aircraft OEM margins and cash. By improving their own operational performance, cutting supplier costs and capturing more aftermarket and services revenue, Airbus and Boeing will average low-double-digit profitability by 2020, the white paper forecasts.

A second implication, not surprisingly, is major disruptions to the supply chain. Suppliers at all tiers will face unrelenting financial pressure. Aerostructures companies are particularly vulnerable, and the recent news that the Triumph Group’s aerostructures division may soon file for bankruptcy is a harbinger. Interiors, flight controls and landing-systems suppliers are in the bull’s-eye, as well. However, not all segments are susceptible: Aircraft OEMs likely will not vertically integrate in avionics or aeroengines, for example.

Finally, there will be new supplier opportunities. Manufacturers of industrial automation and digital manufacturing equipment should see a major boost. Nontraditional suppliers, including agile and lean suppliers with automotive experience, will be in demand. Boeing recently announced a partnership with automotive seating supplier Adient (formerly Johnson Controls) to create new aircraft interiors competition.

The shift to a Post-Tier 1 supply chain is in its early stages and entails huge execution and financial risks. It would be interesting to fast-forward to the 2027 Paris Air Show to witness the results. 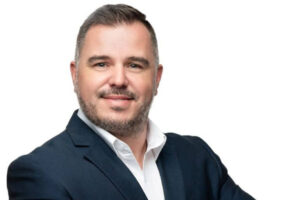 Possible applications of AI in logistics 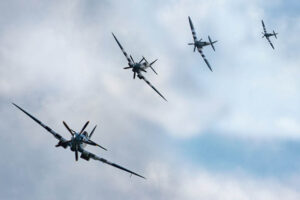 The future of aviation – how Vertical Aerospace has found a solution 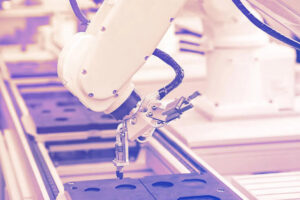 Robots As A Service: A Technology Trend Every Business Must Consider 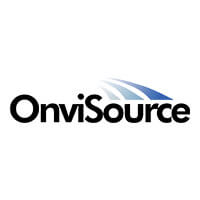 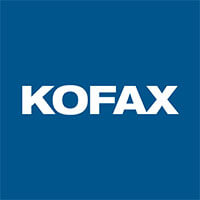 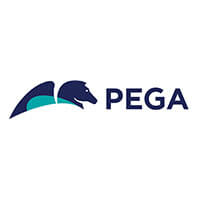 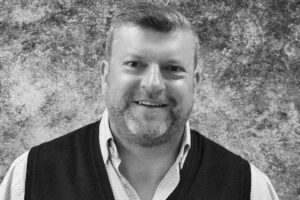 A disruptive period has proven challenging for many and that’s no different for retailers and their backroom staff. During the 2020 pandemic, we’ve seen shift in purchasing behaviour and consumer