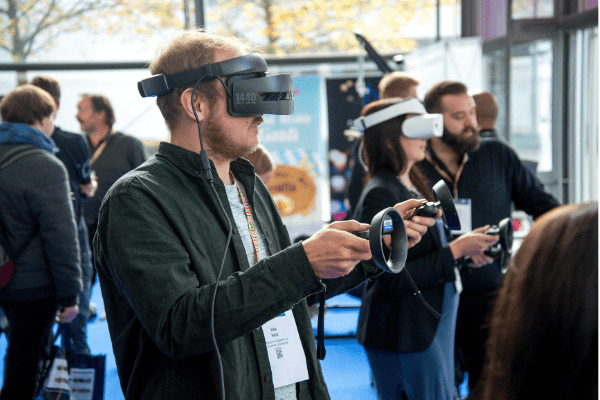 Whether you are a techie person or not, there’s a big chance that you may have heard the terms Virtual Reality (VR), Augmented Reality (AR) and Mixed Reality (MR) mentioned in conversations or the Internet in the last two years. Don’t worry if you are not aware of these terms as this article will explain their origin and true meaning. VR, AR and MR are immersive technologies that can be used to enhance the way we experience our physical world or a computer simulation of it. This article takes a deep look at VR, AR and MR and how they can greatly improve our learning experiences.

In the beginning, there was VR

One thing to know is that VR is nothing new and that it was the first of these “realities” technologies in existence. According to the book Artificial Reality II by Myron W. Krueger, the term “virtual reality” was coined in 1989 by Jaron Lanier, CEO of VPL, because until that point, most computer simulations of this type were project based; thus having names like “virtual worlds, virtual cockpits or virtual workstations”. Lanier’s concept was to bring all these projects under the umbrella of virtual reality. The term therefore typically refers to three-dimensional realities implemented with stereoviewing goggles and reality gloves.(As cited in Steuer, 1992, p.5)

The goggles are technically referred to as a Head Mounted Display (HMD) and the reality gloves are gloves with sensory inputs that capture what the user is doing or touching. The key aspect of VR is that it’s immersive and this means a user’s sensory abilities are blocked from the real world i.e. sight is limited to what is seen within the HMD. This “replacement” or lack of sensory perception has raised questions about the basis of the definition of VR. For the most part, VR has been defined based on the equipment involved and not so much the user’s experience. At least, that’s what can be seen if one is to Google “virtual reality” which offers this result “the computer-generated simulation of a three-dimensional image or environment that can be interacted with in a seemingly real or physical way by a person using special electronic equipment, such as a helmet with a screen inside or gloves fitted with sensors.”

Most people are aware of the concept of presence, that is, one is either here or there right? We may be physically present at a location, but our mind may be somewhere else. The use of VR brings us to the concept of telepresence which is defined as “the experience of presence in an environment by means of a communication medium.”(Steuer, 1994, p.6). Therefore, if we think of VR as a telepresence experience, we can then focus on the user’s perception of their telepresence rather than the technology involved. For learning professionals, this means that when you think VR, you should think first of the user’s experience and then the technology to support it. VR is a fully immersive experience where you want learners to interact in a virtual world, not their physical environment.

What do you know? The concept of Augmented Reality is nothing new either. AR was born when Boeing engineers, Thomas Caudell and David Mizell modified VR equipment to provide performance support for airplane systems wiring technicians circa 1991. In their 1992 paper, Augmented Reality: An Application of Heads-Up Display Technology to Manual Manufacturing Processes, Caudell and Mizell modified an HMD into what they called a “heads-up(see-thru) display headset or HUDset”. The HUDset allowed wiring technicians to see the wiring panels they would work on while receiving graphic overlays of the correct wiring diagrams through the HUDset viewer. AR today is not limited to the use of HMDs or HUDsets and here are three typical characteristics defining AR:

2.   Is interactive in real time

It’s important to notice that Azuma mentions the combination of real and virtual elements, which is the essence of AR, but not mixing them. Your mobile device is the perfect medium for AR experiences as it can use its camera for tracking physical objects and displaying 3D overlays that provide contextual information about the physical world. AR offers users an experience of presence rather than telepresence because it does not limit the senses. In fact, it can be argued that AR augments a user’s presence experience as Caudell and Mizell explained “This technology is used to ‘augment’ the visual field of the user with information necessary in the performance of the current task, and therefore we refer to the technology as ‘augmented reality’ (AR)” (1992). In its original context, AR was and still is a performance support tool for the workplace.

Mixed Reality: The Next Frontier

VR led us to AR and the combination of these experiences have made MR the ultimate interactive application. The concept of MR was introduced by Paul Milgram and Fumio Kishino in 1994 in “A Taxonomy of Mixed Reality Visual Displays” where MR is defined as “a particular subclass of VR related technologies that involve the merging of real and virtual worlds”.

Of course, this was more than 20 years ago and the authors even admit the concept of mixed reality was not well known and in limited practice then. However, Milgram and Kishino did contribute a concept still in use today by developers known as the Virtual Continuum (VC). The VC is a linear representation of experiences ranging from the real environment as we know it and completely virtual ones which they described as “synthetic worlds”. The VC makes mention of Augmented Virtuality (AV), a separate realm between AR and VR. The authors explain that AV would be the conversion of real objects represented in virtual realms i.e. holograms. It’s the integration and mix all of these models that constitutes a mixed reality experience.

MR scenarios can be very helpful in training exercises where risk to life is high and experiential learning (learning and reflecting through an experience) needs to be maximized. For example, consider learning to drive by sitting is a real vehicle in a stationery conveyor belt, equipped with cameras and sensors. The driver would wear a HUDset which will display holographic characters that respond to user commands, actions, and the physical dimensions of the vehicle. Therefore, the most interesting aspect in the near future is how MR can enable enriching experiences without the use of a HUDset, HMD and reality gloves. However, currently and in the next few years, we will experience a progression towards such a futuristic state. For now Microsoft tells us the following about devices for MR experiences with Windows.

“There are two main types of devices that deliver Windows Mixed Reality experiences:

The future of eLearning is virtual

There will be a time where all workplace eLearning will be based on VR, AR or MR initiatives. However, that time is not today. Today, VR technology is still cost-prohibitive to implement in organizational training at a large scale. There are a few AR examples of organizations that are using it in specific cases. A good example is Carterpillar and their AR videos for training and performance support as seen here.

Also, a few conditions would need to be met before we can experience a future where Learning and Development (L&D) is fully engaged in VR, AR or MR:

We have powerful mobile and desktop devices with the necessary processing and graphics support capabilities to create VR content. However, that does not equate to instructional designers and eLearning developers having access to such equipment. This condition will improve as organizations continue to transform their IT strategies to be more cloud based and the premium technology of today becomes affordable tomorrow.

Learning professionals, especially those who develop instructional materials, would need to be more knowledgeable about web design, video production and game development. This doesn’t mean that the instructional designer would need to develop everything, but that he or she is capable of identifying what’s required, what are the limitations and how are VR projects developed to effectively design for such environments. Learning leadership would also be familiar with all the implications of adopting these technologies to apply them in the highest levels of relevant context. This is critical because otherwise, it can be seen as applying tech for tech’s sake. For example, taking the time to create a full immersive VR experience just to get office workers familiar with their office space is quite ludicrous. However, an AR app they can use on their mobile device may be handy as an office guide while viewing the real space through their camera-enabled device.

Think outside of the Learning Management System (LMS)

If you have ever experienced any eLearning or web based learning content, it was probably delivered through your company’s LMS. These systems have three main purposes: storage, distribution and tracking of learning content. Most of them that have been in existence over 10 years or more are archaic and only capable to track completions and test scores using the outdated Shareable Content Object Reference Model (SCORM). VR, AR and MR experiences require a higher level of analytics and web analytics with specialized application programming interfaces (APIs) such as the experience API or xAPI are ideal for these learning experiences. There’s a chance that LMS vendors will try to adapt their systems for this purpose, but it’s highly impractical. Full adoption of web analytics and xAPI is all organizations need to track learning efforts. This is great news for many organizations paying $10-$20 per employee a year in LMS licenses. The tens of thousands of dollars spent on an archaic library can now be dedicated to a web based learning platform outside of the corporate grid, SCORM and all other constraining environments.

0 replies on “Virtual, Augmented And Mixed Realities For Learning” 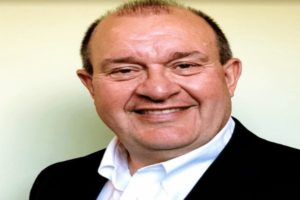 Are Your Customers About To Dump You?