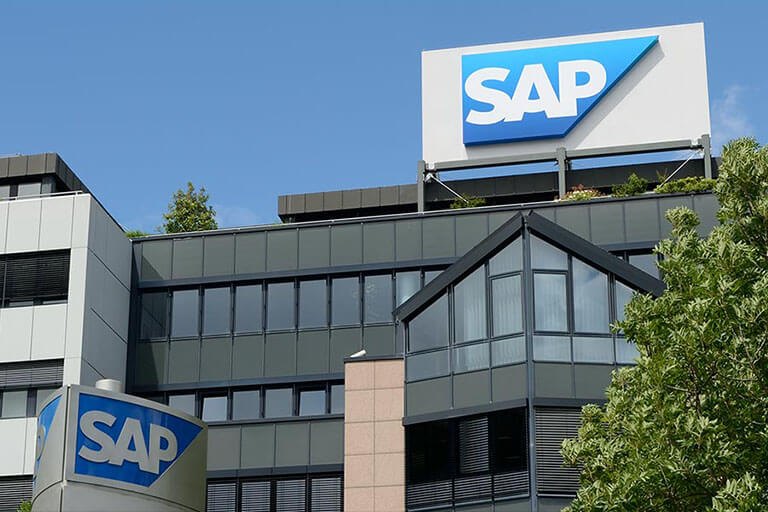 This article is intended to explore the types of SAP cloud available and their intended use, it is not intended to cover all SAP cloud products/applications. I do refer to some popular cloud applications to illustrate types available such as S/4HANA ERP , but do not cover similar type Cloud SaaS services offered today such as SAP Analytics Cloud (SAC), SAP Business By Design (ByD), SAP Business ONE Cloud and SAP SuccessFactors.

This was SAP’s original private cloud service named SAP HANA Enterprise Cloud (HEC) which was launched in 2013 and consisted of SAP providing the cloud infrastructure with certain applications offered as a cloud service. HEC was effectively an ‘Infrastructure as a Service’ (IaaS) with some low level software, that enabled companies to run SAP based operations in a hosted environment with the advantages of being on cloud.

This was also SAP’s own cloud service at the time to host SAP Business Suite software and included SAP HANA custom and out’-of-the-box’ applications with SAP NetWeaver Business Warehouse software, on a single instance of the SAP HANA in-memory database platform.

The hybrid cloud version of HEC which also added (on-premises) infrastructure, deployed at the customer premises (or their colocation Data Centre of choice) but still managed by and part of SAP’s HEC service. This was called “SAP HANA Enterprise Cloud, customer edition” but has now been renamed to SAP S/4HANA Cloud, private edition, customer data center option.”

SAP unveiled their HANA Cloud Platform (HCP) back in 2012 which was offered as SAP’s platform to allow both developers have more control of their environment. Originally it was called “SAP NetWeaver Cloud” but renamed to “SAP HANA Cloud Platform” in May 2013 as the foundation for SAP cloud products, including the SAP BusinessObjects Cloud.

“SAP HANA Cloud Platform (HCP)” was renamed to “SAP Cloud Platform” and sometimes I have seen this abbreviated to SCP [although I don’t think this is an official acronym]. Most recently this is also referred to as “SAP Business Technology Platform” being the foundation of the new industry cloud [definition below]

This platform is primarily intended to allow organisations to extend existing on-premises or cloud-based ERP applications with next-generation technology, such as advanced analytics, machine learning and IoT as well as being the foundation for industry cloud. Essentially this is a SAP HANA ‘Platform as a Service’ (PaaS) tool to provide a development and runtime environment for cloud applications. SAP Cloud Platform is an integration and extension platform for the Intelligent Enterprise that enables users to connect their landscape and create application extensions based on business needs.

SAP HANA Cloud is a DataBase as a Service (DBaaS) that sits under the SAP Business Technology Platform. It is positioned alongside other offerings like Analytics, Application Development and other Intelligent Technologies.

HANA Cloud is offered to customers who want to more easily use the high speed of the in-memory database SAP HANA, use a relational data lake to handle larger amounts of data and enjoy the benefits of the cloud such as low TCO and elasticity.

It is also described as a cloud-native platform that offers the power and performance of SAP HANA with full capabilities to manage data storage, virtualization and run powerful applications – where in you can bind HANA DB to applications which are running on SAP Cloud Platform or elsewhere.

In 2017, SAP launched their SAP S/4HANA Cloud which is a SaaS version of the SAP S/4HANA ERP, a suite of integrated business applications. This is also referred to as “SAP S/4HANA Public Cloud” and marketed as an ‘Intelligent Cloud ERP’. According to SAP at the time, the intent was to provide a ‘next-generation intelligent ERP’ system that enabled companies to achieve digital transformation. SAP S/4HANA Cloud is built on SAP HANA and takes advantage of HANA’s in-memory processing and real-time data accessibility and makes this available in a Software as a Service (SaaS) model.

SAP S/4HANA Cloud includes three key technologies that form the foundation of what they call the intelligent ERP:

SAP S/4HANA Cloud has seen some big name early adopters publicised as using the service, but has also faced some criticism about its lack of customisation, especially in complex industries like manufacturing or pharmaceuticals.  Note as SAP essentially controls the basic infrastructure, it does not allow for extensive customisation. S/4HANA Cloud may not be suitable for larger enterprises that need their ERP systems to be highly configurable to meet their needs. This I am sure contributed to the need and creation of their ‘industry cloud’ and two tier ERP. See related article You’re planning your move of SAP to the cloud, but which cloud?

●      SAP S/4HANA Public Cloud Edition (which is the Web based, multi-tenant version)

Most recently the term ‘industry cloud’ has been widely publicised by SAP, which is more of a packaging and positioning strategy term designed to bring their cloud industry accelerators and products together under a single umbrella. SAP’s industry cloud strategy is to deliver innovative, vertical solutions from SAP and its partners using an open API framework to create a better customer and user experience and enable rapid development, deployment and integration. This approach also addresses some of the customisation restrictions of the more generic SAP S/4HANA Cloud.

SAP were following a path of trying to modify their own S/4HANA Cloud to accommodate particular vertical needs and historically developed features like staffing analysis aimed at professional services and also various manufacturing related enhancements. But this approach became unsustainable and they have now moved to a policy to NOT modify the basic generic cloud offering but instead allow partners access so they can customise / develop the SaaS service to meet the particular needs of the different industries. 25 industries have been identified by SAP, some of which they are developing solutions themselves [last month they released Professional Services, Industry machinery and Retailer solutions] which will add to the original four solutions [automotive, consumer, EC&O and utilities] launched earlier this summer. SAP will also co-develop some solutions with partners like IBM, who already offer SAP Solutions to some high profile customers [Coca Cola on IBM cloud].

The range of industry cloud solutions also reflect a mix of hosting/adoption preferences. According to Microsoft’s commissioned research from Forrester published in March 2020, 70% of Azure companies are still on -premises and not yet moved their core or mission-critical systems to cloud.

Industry cloud acknowledges the desire for and accommodates a combination of on-premises, private cloud as well as public cloud so that SAP users have the ability to choose their preferred architecture. SAP’s industry-specific versions are built using their open platform as a service which is “SAP Business Technology Platform” discussed earlier.

On-premises, private cloud and public cloud are all going to be prevalent in the future with the rise in close proximity [low latency] computing and private cloud now predicted to grow more than public cloud over the next few years [See my earlier article Analysts say private cloud will quadruple over next 5 years]. Industry cloud reflects the current needs and desires for SAP users to operate with different architectures:

·      On-premises industry-focused options so that organisations can deploy current or older products on existing SAP on-premises as standalone software.

·      A mix of industry cloud and on-premises industry options so that organisations can deploy both old and new products in a hybrid model, where existing on-premises products can provide core functionality yet integrated with new features deployed in the cloud.

In the latest SAP product portfolio industry cloud sits alongside the traditional products in their ‘Intelligent Suite’ range of applications.

0 replies on “What actually are all these different SAP clouds?”