Workato – The Modern Leader in Automation 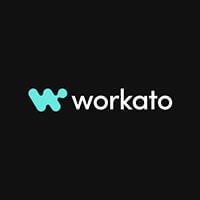 An automated network and an integrated stack are significant tool bundles that aid in the management of a company’s workflow processes. Workato provides a unified platform for both integrations as well as workflow automation throughout the whole enterprise.

It aids in the creation of workflows with fewer efforts, and most businesses are surprised to discover that, while utilizing Workato was easier than anything else they’d tried before, it was still strong in its application. It offers the same level of efficiency as other platforms while maintaining a low-code platform in its own right.

Workato provides maximum power and connection while remaining as simple as possible. Workato employs what it refers to as “Workato recipes,” which are essentially a collection of instructions that aid in the automation of even the most complicated operations. Every Workato recipe may serve as a REST endpoint, which can subsequently be accessed by other recipes or apps.

What Workato’s service proves is that simplicity does not imply a lack of power. It believes that there isn’t and shouldn’t be a trade-off between platform simplicity and the strength of any application. It bolsters an organization’s enterprise strength with AI, bots, and intelligent data loss prevention.

Workato’s elastic scalability and built-in redundancy, as well as the organization’s absence of dev-ops requirements, make the serverless operation possible. Workato also ensures privacy and security. Because of its industry-leading maximum security, Workato’s solutions are trusted by the world’s top financial institutions.

It promises to deliver speed and simplicity to any organization. Workato does not require any coding on the part of the business and offers automatic error management as well as rapid deployment.

Workato’s statistics speak for themselves. It has built and assisted in the development of over 500 enterprise connections every month, with 78 percent of those connections going live in less than a month, with instant deployment. Workato is widely trusted by the finest in the industry, and it takes pride in collaborating with the market leaders. Its clients are its number one priority, and it strives to deliver high-quality products and solutions to all enterprises.

Workato is a firm believer in the power of unity. It provides a unified platform for all use-cases, stakeholders, teams, and departments. Its low-code platform allows companies and IT teams to establish integrations at a faster rate than the other existing typical integration platforms.

This is due to its accelerators, which are essentially pre-built connections for over 1000 SaaS and on-premises databases. It also contains over 500,000 ready-to-use recipes for common or standard business operations shared by over 70,000 community members.

It utilizes a fully cloud-native architecture that is engineered for scale and speed, allowing enterprises to dramatically decrease their operational footprint and total expenditures. Workato provides businesses with a visually simple interface to let them create integrations quickly and effectively.

Organizations no longer have to hunt for the best applicant to find them with Workato’s Recruitment Automation solutions. It aids in the updating of job descriptions and even sifts through candidate data and assesses each CV.

Workato also features a Referral Bot that assists in obtaining reliable referrals from employees to fill available positions. This is accomplished by informing all employees of new positions and the availability of referral incentives (if any), allowing them to submit references immediately.

Workato’s founding team has helped establish some of the early integration platforms, and they have now come to redefine integration and automation altogether to enable firms to tap into the growth mentality and transform their whole company with Workato’s aid.

Market leaders rely on Workato because it never forces them to pick between power and simplicity.