Apple Outshines its Competitor Tech-Giants Alphabet, Amazon, & Meta with a $2.307 Trillion Market Worth 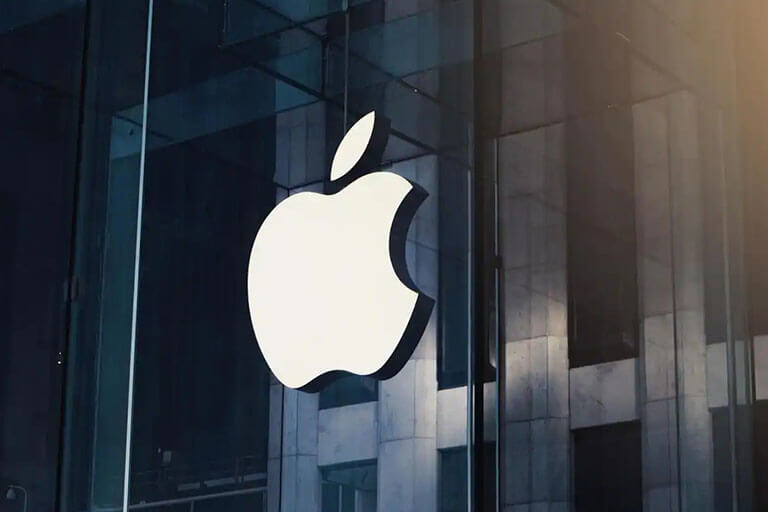 Apple is not only renowned for its iPhone, but also for its whopping market value. The exponential growth of Apple has been vividly noticed in its market value, surpassing the industry giants Amazon, Alphabet, and Meta combined. Currently, Apple is standing tall at a worth of $2.307 trillion, with its competitor fellows jammed at $2.306 trillion. This makes Apple way ahead in the industry. One of the reasons backing this immense furtherance of Apple is its revolutionary technology. It has made the world go ga-ga over its iPhones.

Though it is true that tech stocks have been blown up hard post representing the reduced quarterly earnings, but, Apple was not among them, it just flew with flying colors.

This all happened this Wednesday or the 2nd of November when this triumph of Apple was announced after the trading was closed. Apple was declared the winner holding the most significant market value as compared to its fellow tech-giants Amazon. Alphabet, and Meta. The remaining three of them ended up making $2.306 trillion combined.

Alphabet or Google’s parent slammed its market cap at $1.126 trillion, while Amazon’s market cap was held at $939.78 billion, and lastly, Facebook’s parent Meta stood at $240.07 billion, all of which drawn from Yahoo Finance data.

All in all, the Big Tech stocks experienced an aggravated selloff the preceding week based on the dispiriting quarterly earnings. But, if there was anything outshining it all, that was Apple’s terrific performance surpassing its peers. It got the better of Wall Street’s revenue and profit forecasts for its fourth quarter.

Apple relished its market share soaring 8% in the light of the results. After the reports were disclosed, Amazon underwent around 10% downfall, Meta plunged greater than 20%, and Alphabet suffered a single-digit slide.

It is from the bland earnings of Alphabet, Amazon, and Meta that the signaling was quite explicit that the demand for digital marketing is withering.  It is because of these unsuccessful numbers that billions of market values have been wiped off following their share’s downfall as well. As a result, we can notice Amazon is out of the league of the trillion-dollar market cap cluster.

Considering the past five sessions, Apple’s stock was observed to have escalated 0.16%, while Alphabet fell 5.7%, Amazon had a major slide of 17.0%, and lastly, Meta lost around 7.6% over that period.

The reason behind this hard blow is major because of headwinds like increasing inflation, increasing interest rates, fears of recession, and also the Ukraine war. It is because of all these reasons, that tech stocks have not only struggled an uphill battle but also the investors are finding it hard to invest in greater risk assets.

0 replies on “Apple Outshines its Competitor Tech-Giants Alphabet, Amazon, & Meta with a $2.307 Trillion Market Worth”