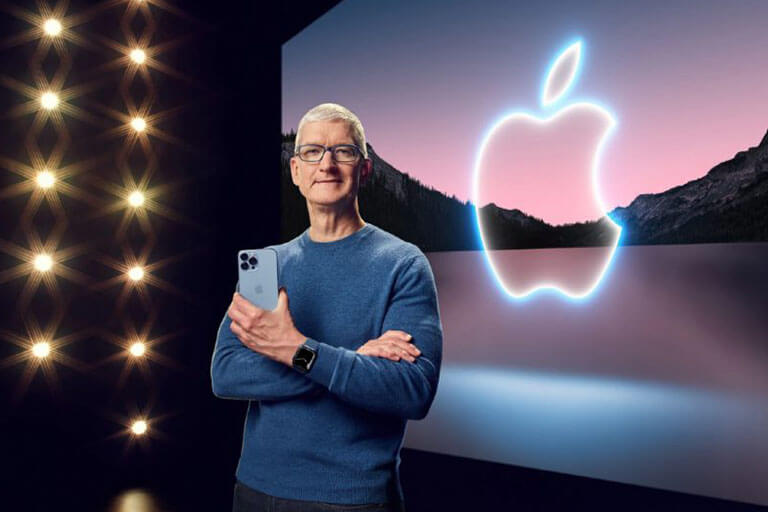 To reduce the reliance on Asian manufacturing and quell concerns from US and European lawmakers about potential security threats and supply disruptions due to geopolitical tensions, Apple CEO Tim Cook confirmed on Tuesday that Apple would buy microchips made in the US at the new Arizona factory.

The announcement was made at the opening ceremony of Taiwanese chip maker TSMC’s new manufacturing plant in Arizona. The chip factory will be owned and managed by TSMC (Taiwan Semiconductor Manufacturing Company), the biggest foundry company in the world, with more than half of the global chip manufacturing market share. TSMC manufactures some of the most advanced processors, which include chips for the latest Macs, iPhones, and iPads. TSMC is the leading chip maker for Apple, and its new production facility is in Phoenix, Arizona, its first significant production plant outside Taiwan and in the USA.

Celebrating the mammoth expansion of TSMC’s semiconductor production facility on Twitter, Cook wrote, “The opening of TSMC’s plant in Arizona marks a new era of advanced manufacturing in the US — and we are proud to become the site’s largest customer.”

TSMC’s new plant can manufacture 3-nonmeter and 4-nonmeter chips used in advanced processors for Apple’s M-series, A-series, and Nvidia’s graphic processors. Chip companies like Apple and Nvidia design their chips but outsource their manufacturing to companies such as TSMC and Samsung Foundry.

TSMC currently manufactures most of its chips at its production facility in Taiwan. It raised many supply chain concerns from European and US lawmakers in the event of a potential Chinese invasion or other regional problems. The TSMC production facility is viewed by many as a significant win for the Biden administration, particularly since the comments from the Taiwanese company that it plans to triple its planned capital investment into the Arizona facility from about $12 billion to about $40 billion in the coming years.

The US introduced the export controls policy in October, limiting US-made semiconductors’ exports and sales. The measure made it difficult for US tech companies to buy chips made outside the US, as it was available within the US and built with US equipment.

Apple’s long-term plans include sourcing chips for its various devices from the Arizona plant as a marked strategy shift for the tech giant as it grapples with geopolitical tensions affecting relations between Beijing and Washington and China’s draconian COVID-19 lockdown measures. China’s strict pandemic restrictions have badly hit iPhone production at Foxconn’s production facilities based in the region.

It has forced Apple to step up its efforts to diversify its supply chain and shift some of the production to different Asian nations such as India and Vietnam. American chip company Intel has also shown recent interest in Apple’s chip requirements. It is building chip manufacturing facilities in Ohio and Arizona, which would be partially subsidized under the CHIPS act. Last year, Intel said it would act as the foundry for other companies. Still, its manufacturing capabilities lag well behind TSMC’s, making Intel a less attractive alternative for faster chips.

TSMC’s planned investment and plant expansion would create about 10,000 high-tech jobs for the US workforce, the company said.